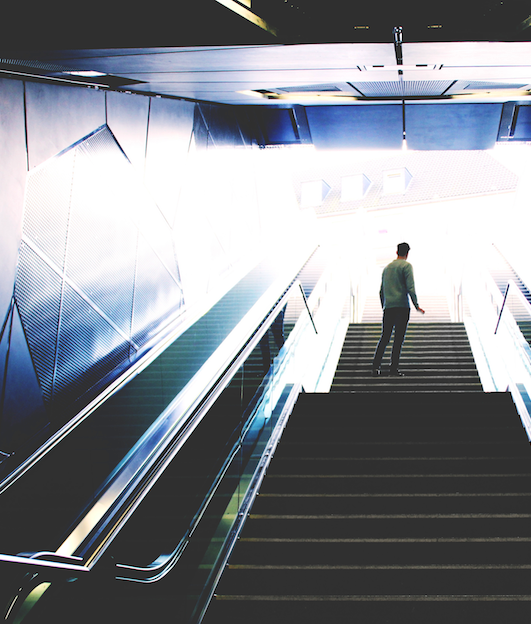 We often work with managers who, although they might on the surface appear to be successful and confident, have recounted how, in some situations, they feel like ‘driven people’, like they were no longer in control of their inner world. The situations in which this happens are typically marked by high pressure or insecurity. This account describes the typical effect of inner beliefs, which also constitute a risk factor, both for one’s inner mental balance and for one’s ability to bounce back when faced with setbacks.

The Concept of Beliefs

Beliefs are decisions with regard to one’s life that people have made in their childhood and internalized. Long before an employee or manager has to prove themselves in the ‘company system,’ he has developed success strategies in the ‘family system.’ From an evolutionary perspective it has always been crucial for men to not be excluded from his tribe. Hence beliefs can be seen as a strategy to avoid rejection or exclusion and obtain positive attention. Over the years we have noticed that beliefs can best be elicited when they are brought into a logic of if-then. Say you would be running the belief “If I am not good enough then I will not be loved.” In fact this is the ‘evergreen’ of all beliefs. Once you start working with beliefs, you will quickly notice when you have found the right one because it feels very, very uncomfortable. Same people even feel embarrassed by just thinking of their belief.  The benefits of this belief are most probably that you care for performance and that you like to deliver good work. Most probably you have had some sort of success in your career because of this belief and you enjoy a good reputation. The downside of this belief might be that you cannot enjoy your success because in the very moment you have achieved something it becomes normal. Also you may feel the urge for external appreciation to the degree that it might become an actual dependency. When you are not feeling appreciated and hence safe this may stress you out to the degree that you may actually feel threatened by the situation.

The neuronal equivalent of an established belief is in fact some decades old and very strong. Since a neuronal structure gets in fact stronger the more often it is used, you can imagine that there is no way in actually trying to delete an existing belief. Think of a big American highway with 6 lanes on each side. This is really a massive structure that is there to stay. What we need to work on a given belief is firstly the awareness that we are running the belief and that in a given moment we are matter of fact ‘doing it again’, that is allowing our belief to take control about our emotions, thoughts and actions. Once this fundamental awareness is there we need something like a value that is even more important in our lives as grown-up professionals, more important than running our existing belief at least. In our case, this might be to create something truly meaningful.

Now it is time to put the transformed belief together. This requires a lot of wordsmithing since it is important that the new belief is powerful, simple and positive. And of course, it needs to be connected to the original belief so that it stays relevant. One additional level of complexity is that it also needs to have an internal locus of control (appraisal through self) where the original belief often has an external one (appraisal through others). Let’s assume the new belief would be along the lines of “If I want to create something truly meaningful I need to first believe in myself.” Again, you will notice if you have found a suitable transformed belief if it feels somehow true yet very aspirational and still far away. The key for the new belief is that it has to be perceived as powerful and attractive even when you are feeling down.

What we are trying to do is to build an alternative path next to the highway we talked about earlier. Therefore we need to practice the new belief on a daily basis. This can be in the actual written form or using a visual stimulus which represents the new belief. This means e.g. being remembered of this belief before an important meeting or similar situations where the old belief traditionally kicked in. Instead of running the old autopilot it is the objective for these situations to consciously choose the new belief to inform your actions. To make sure you are actually doing it we suggest to daily journal your experiences with practicing your new belief. What has worked here is that managers have an Outlook-appointment “Reflection” in their calendar.

Getting to grips with your beliefs in no easy task especially when you are doing it alone. Unfortunately this is even more true when you actually want to transform it. However it is possible and the benefits can be enormous which we have encountered so many times when working with clients. The reason this work is so effective is because you are making changes on a deeper structure of your personality. You could as well train how to stand and move in a way that you look self-confident. However we have observed in our work that this is not the same as actually developing the ability to really feel self-confidence inside of you.

Republished with permission. Originally published on the Leadership Choices Blog.