Achieve More, Together, With Gender Equality 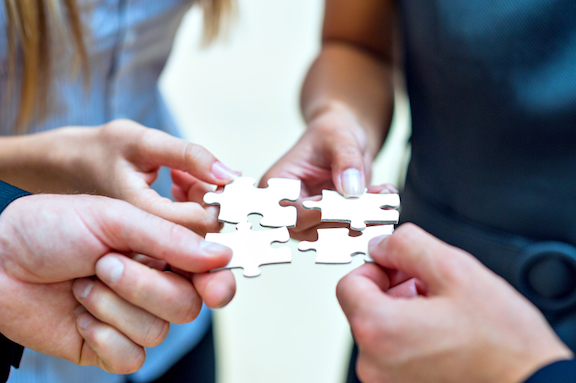 What would it mean for your organization to achieve C-suite gender equality before your competition?

Gender equality is a popular topic right now, partly because of the significant opportunity it represents for organizations. Teams that are inclusive and diverse tend to perform at higher levels and experience less attrition, according to the Corporate Executive Board.

It’s also popular because it represents a collective leadership challenge.

“At the current pace of progress, we are more than 100 years away from gender equality in the C-suite. If NASA launched a person into space today, she could soar past Mars, travel all the way to Pluto and return to Earth 10 times before women occupy half of C-suite offices. Yes, we’re that far away,” according to Sheryl Sandberg. This was how she framed the issue in a recent Wall Street Journal article and video describing LeanIn.Org and McKinsey & Company’s Women in the Workplace 2015 report. The study, which included data from 118 companies and approximately 30,000 employees, found that while modest improvements have been made, “…women remain underrepresented at every corporate level. And it turns out the drop-off in senior ranks is not mainly due to attrition. Women, on average, are not leaving these companies at higher rates than men. Rather, they face more barriers to advancement and are less likely to reach senior leadership positions.”

In addition to providing helpful pointers for leaders and organizations wanting to understand their talent pipelines, the report discusses a number of robust solutions to affect deeper culture change.

Here are 5 things you can start doing today to help your organization realize greater competitive advantage through improved gender equality:

Help your organization reach its full potential by demonstrating leadership on gender equality.